We noticed that you're using an ad-blocker.

Spectator is a registered 501(c)3 nonprofit organization. We use advertising revenue to subsidize the cost of providing journalism to the campus, and to fund over fifty students who are on our work-study program.

Please consider helping us out by whitelisting our site in three easy steps.

If you're using AdBlock Plus:

If you're using UBlock Origin:

SUBMIT A TIP | SUBMIT AN OP-ED

Arts and Entertainment | Film and Television 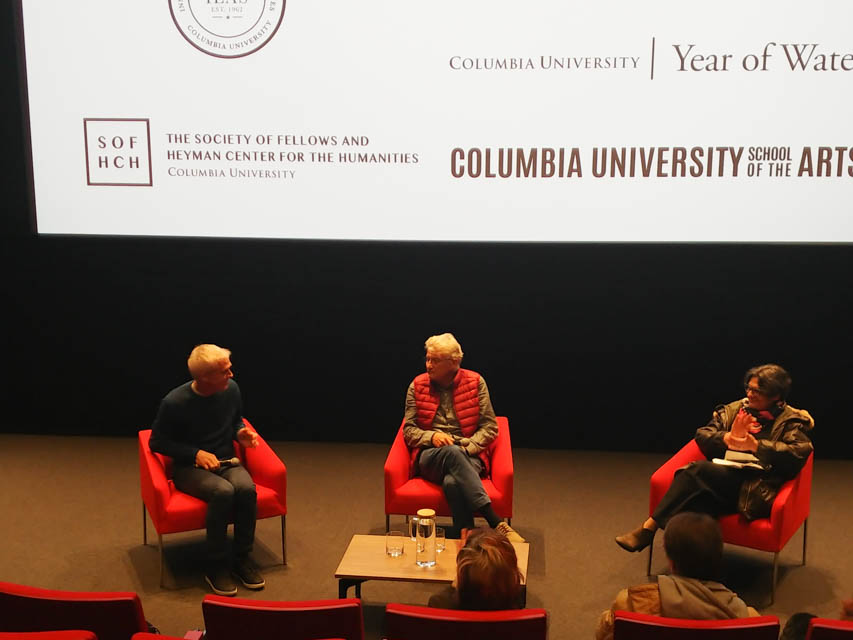 On Thursday, the Lenfest Center for the Arts screened the film “Antonio and Piti,” co-directed by Brazilian-French filmmaker Vincent Carelli and indigenous filmmaker Wewito Piy?ko.

Two children play by the hammock in the back of the hut, yelling and looking into the camera. Piti sits on the ground, preparing traditional cloth while recounting her struggles and successes. This Brazilian terrain has become her home. She reflects on how her life now is very different from her upbringing in a white Brazilian family, yet her attraction to this indigenous group and terrain led her to start her life anew.

On Thursday, the Lenfest Center for the Arts screened the film “Antonio and Piti,” co-directed by Brazilian-French filmmaker Vincent Carelli and indigenous filmmaker Wewito Piy?ko as part of Columbia’s Year of Water initiative—a series of arts events and lectures focused on water in its social, political, cultural, economic, and environmental complexities. This semester, exhibitions like “Awash in Books: Books for the Year of Water” at Butler’s Rare Book & Manuscript Library have been organized to spread awareness of climate change.

Following the film, Carelli spoke with visiting professor Esther Hamburger on a panel organized by School of the Arts senior lecturer Ron Gregg. The film centers on the marriage between a white woman named Piti and a Peruvian-born member of the Ashaninka people named Antonio.

“This film is about a mixed couple,” Hamburger said. “It’s about the prejudices this couple had to face when they decided to marry, but it's also about the success of their family. … They turned what could be thought of as a problem into something powerful.”

The film was a collaboration between Piy?ko, himself one of the sons of Antonio and Piti, and Carelli, whose current filmography focuses mainly on Brazil’s indigenous communities. In 1986, Carelli began a film collective called Video in the Villages. The collective uses audiovisual resources to strengthen the identity and culture of indigenous groups like the Ashaninka, an indigenous people who live in the rainforests of the Brazilian state of Acre and in Peru.

“It took me a life to get to this kind of relationship with [the Ashaninka],” Carelli said. “It takes time because a lot of people come to the village, [then] disappear, but if you keep coming and coming and coming, at a certain point you build an intimacy with people.”

Carelli began conducting video workshops with the Ashaninka in the 1980s, during which time Piy?ko became interested in cinematography. While filming the Ashaninka, Carelli learned of Antonio’s marriage to Piti—a white woman who abandoned her family to live with the indigenous community—which he noted was a rare occurrence, as the colonial tradition dictates that men take indigenous women as their brides.

Piti was so shy that she would avoid the camera, declining to share her story with Carelli for years. But after Carelli received a call from the family one day saying that Antonio may have cancer and offered to pay for medical treatment, Piti opened up about her story on camera.

The film begins with a community-led reforestation project to ameliorate the harmful effects of major rubber and manufacturing companies’ environmental practices, which enslaved many of the Ashaninka over 30 years ago. As the film progresses, Piti opens up about her desire to join the indigenous community despite her family’s doubts. The film also follows the political campaign of Antonio and Piti’s son Isaac, who successfully ran for mayor of the town Marechal Thaumaturgo.

In one scene, Minister of Culture Juca Ferreira visits the Ashaninka settlement and speaks with Isaac, who wishes to turn the town into a cultural space for the awareness of indigenous cultures in Brazil. Just a few scenes later, flags supporting Isaac’s candidacy are flown during a rally in which Isaac thanks his community for electing him as mayor, a major feat for the integration of white and indigenous peoples in Brazil. In the final moments of the film, text appears on a black background stating that many white politicians from the area have tried to impeach Isaac on many occasions because of his indigenous roots.

Hamburger, who helped to arrange the event New Voices in Brazilian Film last semester, noted that “Antonio and Piti” prominently features water, specifically the Am?nia River, as a foundation for the indigenous community.

“We are showing an indigenous film that deals with water, among other things, but it’s very clear in the film how the people move through the river, so the river is very present in their lives,” Hamburger said. “Water is a strategic issue now, and we have to protect our rivers.”

By combining footage taken over the course of nearly 30 years, Carelli noted how his films have an archival and didactic purpose that goes beyond simply entertaining viewers.

“My first audience is the community itself,” Carelli said. “[I’m] always thinking about how they will react to the film.”

“Antonio and Piti” shares a similar narrative to the film “Ushui,” which was shown at Lenfest last semester and focuses on the indigenous narratives of the Wiwa people in Colombia. Although the documentaries have different plots, both highlight the emergence of indigenous films and societal efforts to integrate these narratives into larger discussions about human rights and climate change. Still, Hamburger said, the focus on the individual remains paramount.

“[These films] try to get to the personality of the characters, to go beyond the indigenous as a type or as standing for a group, and trying to understand the individuality of these characters.”

ADVERTISEMENT
From The Blog

Newsletter
Sign Up For SpecNewsletters
Get the latest news and top stories delivered to your inbox.
Related Stories
ADVERTISEMENT